1987
Fr. Ricardo asks the first courses from the School of Evangelization Sant’Andrea in Mexico, which start to be reproduced within the Koinonia.

1989
Paul Course in Rome for the Italian Charismatic Renewal.

1990
The School of Koinonia John the Baptist begins in Camparmò (October) with the Philip Course created by fr. Ricardo. This course is now reproduced worldwide. Some of the members of Koinonia participate in the courses of the School ofEvangelization San Andres in Guadalajara / Mexico.

1991
Moses Course (February) and Paul Course International (May) in Camparmò. Participants from five nations. Paul Course in Barcelona (December).
Other members of Koinonia participate in the courses of the School of Evangelization San Andres in Guadalajara / Mexico.

1992
Koinonia John the Baptist begins the school of Fr. Tardif in Santo Domingo (9 months of  theoretical-practical training).
International Paul Course in Trento (February) and Wroclaw (November). This course has given way to an explosion of courses in Eastern Europe and new schools in Kielce and Wroclaw (Poland); Slovakia and Czech Rep.

1994
Birth of the KEKAKO project, thanks to Fr. Ricardo, Fr. Tardif and J. P. Flores at the Summer school in Rome during the Evangelize with power Course. Closing Mass celebrated with Pope John Paul II at Castelgandolfo. 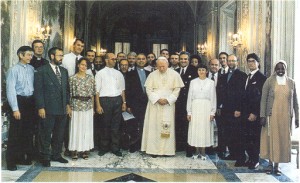 1996
National Schools of Koinonia John the Baptist in Poland, Slovakia, and Czech.

1999
From the Kerygmatic School was born Ministerial School of Koinonia.

2002
We started a training program for the dioceses of Tamil Nadu, India. 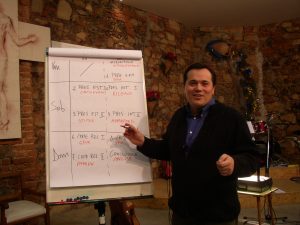 2005
Began seminars on courses’ methodology of the School of Evangelization. We develop a systematic formation program of five courses (first stage) for all members of the Koinonia John the Baptist.

2006
Multiplication of courses and schools in India, USA, Africa, and Mexico.

2007
It’s launch of a formation program for four years with the Catholic Conference of Bishops of India (CCBI). 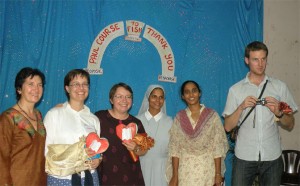 2008
We proceed with the implementation of the formation program with the Catholic Conference of Bishops of India (CCBI). Two teams of School lead in 10 regions of India Philip course and methodology of Philip course for regional leaders.
The manual of Philip course is published in Italian and translated into English.

2010
First courses in China.
Five Paul Courses for five regions of India – the second stage of the formation program with the Catholic Conference of Bishops of India (CCBI).

2011
Other training courses in China. 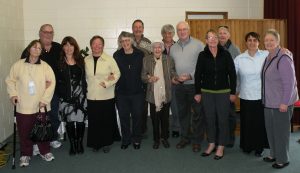 2012
A proliferation of courses in Australia.

2013
It initiates the publication and translation of manuals of various courses.
Moltiplication of the local schools of Koinonia.

2014
Further courses of community formation in India.
The Joshua and Paul courses manuals are published in Italian.

2017
It initiates summer stage of the School at Oasis of Astorga (Spain) with the Paul and Emmaus courses. 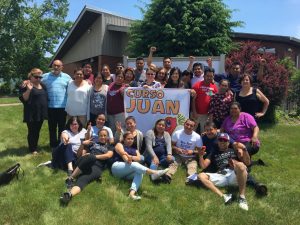 The local School is started in the reality of Pittsburgh (USA) with the John course.

The School of Koinonia John the Baptist is a member of ACCSE, Association which brings together the Coordinators of Catholic Schools of Evangelization.